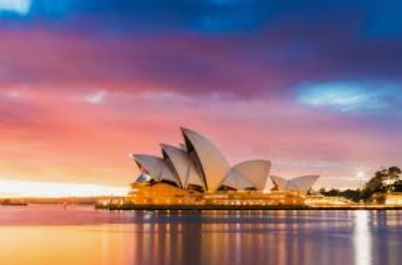 The Lucky Country is a nickname for Australia. Although its origin is a negative reference in a 1964 book written by Donald Horne. It has since become a favorable reference.

Australia is a migrant country. The indigenous people have inhabited Australia for tens of thousands of years. The European settlers came to Australia in the 15th century. Since then, its population grows as more and more migrants arriving ever since. As of 2020, Australia has over 25 million people calling it home.

Australia has national health care system, Medicare, provides low cost or no cost health care for its people. GP visit is generally free of charge through bulk-billing. Most prescription drugs are subsidized by the Pharmaceutical Benefits Scheme. After all, Australia has one of the best medical system.

Most people in Australia live in big cities. Sydney, Melbourne, Brisbane are the top 3 cities. The other big cities are mainly the state or territory capitals, like Perth, Adelaide, Darwin and Hobart. Australia is a major food and minerals exporter

In the past, most migrants were attracted to the two biggest cities, Sydney and Melbourne. The federal government has altered the migration policy to encourage migrants to settle in the rural area. Sometimes, the rural area is not rural at all. Like Adelaide and Gold Coast, they are metro area with affordable housing, though they are not as vibrant as Sydney and Melbourne.

Australia’s climate ranges from tropical in the north to temperate in the south. The central dessert is very dry and hot. South Australia and Western Australia has Mediterranean climate. There is no severe winter. In general, the climate and weather is quite pleasant throughout the year.