The chili plant in the photo was grown indoor without sunlight for its entire life but it grows better than those planted outside. I think the reasons are:

As planted indoor, I use portable LED light to replace the sunlight.

The portable USB LED Light was made by Xiaomi that I bought on internet for US$2. I removed the shade cover as the plant does not need shade protection. LED emits UV ray that the plant needs. The LED light power consumption is only 1.2W and I have the LED light on for 15 hours per day and my electricity cost each month is only 0.54 kWh. The LED light is very energy efficient.

The setup is very simple. The LED light is powered by a mobile phone charger. I have an electric timer to turn it on for 15 hours per day. The timer saves the hassle of manually turning the LED on and off. You can buy the timer from a hardware store.

The photo shows 2 electric timers. The time on the left is a simple mechanical type. The one on the right is internet-enabled version. It has WiFi connecting the internet and you can control the timer remotely from your mobile phone. Although they may be very different in appearance, their function are pretty much identical. The mechanical version costs about US$4 and the WiFi version costs around US$8, which is also a Xiaomi product.

The following photos showed the plant in different stages.

The pot was originally used to raise a few baby snails. I thought it was too boring with just the snails. So, I put 4 chili seeds into the soil. Only 2 germinated after a week.

I went for a vacation in late October. During my absence, the snails climbed the wall and ate the leaves. I guess the food I left was not fresh enough!

After about 1 month, the plant grew in fast speed, with more leaves and the new leaves were bigger.

As the plant grew, I decided to move the plant to a larger pot so that it has more soil and space.

The plant kept growing in rocket speed. Only 2 weeks after changing to a large pot, its size was double and leaves were getting bigger.

Ten days later, the plant is in full grown stage and bears a few buds. I think I will soon see the flowers and have my first harvest. It is amazing for this little LED light that powers the plant in turbo mode. The plant grows very healthy without the Sun and for the past 2 months, I only spent about 1 kWh electricity to light up the plant.

If you want to grow plants indoor, the LED light may be a helpful tool. It is inexpensive and consumes little electricity. The result is pretty impressive. 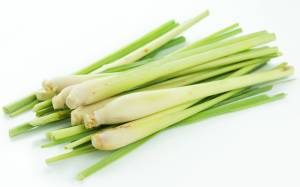 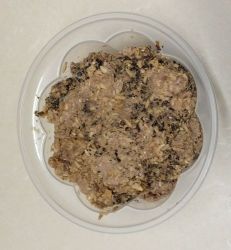